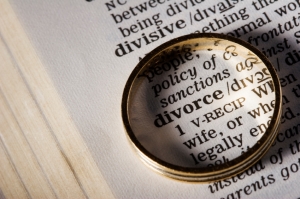 I’m at that age, in my 40s, where many I know are either divorced or in the midst of divorce. And, it’s hard for me to watch because I understand the tragedy of divorce, but not for the reasons you might presume. And, I know the ultimate goal of divorce, but, again, it’s likely not what you presume. Divorce is different for each couple – and, even more unfortunate for each “family” – yet there’s a common thread of humanity that too many overlook. It’s by understanding that common thread that takes divorce from the court room and places it back into the heart, which is really where it resides.

Interestingly, while I am a generational divorce statistic – my parents divorced, and I subsequently divorced as an adult – I’ve never been through a “typical” divorce in the legal sense. My father simply left when I was very young, then my mother and stepfather had a very simple divorce. Then, in my divorce, it likewise was a very simple legal process, no custody issues, gracefully splitting of assets amongst ourselves, never even a foot in court. My marriage was deeply dysfunctional, but we still treated each other with dignity and respect in the divorce process – there was no excuse not to. None of these divorces in my life were by any fathom ideals – divorce never is – and emotions ran deep; but, they weren’t legal battles and drawn-out War of the Roses, either.

However, I’ve helped friends emotionally get through some tough divorces. And, it’s struck me that so many divorces are a seemingly surreal process. Think about how divorce transpires. Two people have gone from loving each other, vowing to spend a lifetime together, and even having children, to needing a court to decide who gets the kids on Sundays, utterly despising each other, paying attorneys thousands of dollars to literally fight over items like who gets the $50 DVD player. And, the process takes on a life of its own, where individuals abandon all rationale and systematically their lives are devastated by one or both of their actions – home lost, bank account drained, kids made a pawn, and everything so lovingly built is destroyed, including those once-priceless wedding photos. When two people’s lives – and worse, their kids – are sanctioned entirely by court order, life has jumped the tracks in among the most tragic of ways.

Yet, as horrible as the legalities of divorce can be, it’s the impact on our humanity that’s the real toll – and this is what few realize or wish to admit. Alcoholics and addicts aside (a leading cause for divorce, where such individuals by nature of altered brain chemistry cannot process rational thoughts or feelings), it’s the emotional impact of divorce that’s more life-shaking than any other aspect. The monetary can be rebuilt, and the court appearances eventually come to an end. However, the realization that the person and union that you so believed in turned out to be completely unfulfilled in the end, rattles you to your core. What you thought was, wasn’t. What you trusted in as a forever, came to a soul-numbing hault. The person who you married isn’t recognizable anymore. And, whether you do it consciously or subconsciously, you’re bound to feel the scariest, most helpless emotion of your life: After witnessing the implosion of my beliefs, hopes and dreams, how do I believe in anything ever again? See, that’s what divorce truly is for most. While couples duke it out in court over meaningless materialism, fueled by spite and bitterness, thinking that’s the nature of divorce, they’re overlooking the real consequence and battle: How do I restore my faith in humanity, to trust again? It’s not just a dissolution of a marriage, but the dissolution of all that one believed – and that’s soul-shattering for many.

In this way, the ultimate goal of surviving divorce can’t be preservation of capital or righteousness or bitterness. Rather, the ultimate goal in surviving divorce is a preservation of faith, the ability to trust and love again. While you may lose a lot in divorce, as long as you don’t lose faith in humanity, you not only have the opportunity to recover, but to go on and live the life of your dreams.