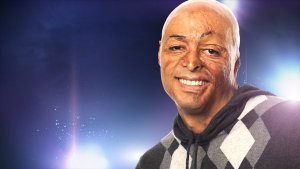 When J.R. Martinez, known from his roles on “All My Children” and “Dancing With the Stars,” was in the hospital recovering from burns over 40 percent of his body, including life-changing facial disfigurement, his mother had a very straight talk with him, one that would guide him to the true depths of his character.

See, J.R. was an American soldier in Iraq, having enlisted at just 19, when his Humvee ran over a landmine, catapulting him to a path of 33 surgeries in 34 months, resulting in the loss of an ear, and permanent facial disfigurement. J.R. describes lying in the hospital, glancing in the mirror, seeing a monster looking back where he once saw a handsome young man – all sending him into a deep, dark depression.

J.R.’s mom was so right – and J.R.’s success proves that. I mean, the grace and humility with which he presents himself doesn’t make his disfigurement go away; rather, it makes his character shine brighter, where his facial attributes are part of him, but not the sum of him. J.R. is living proof that our exterior facades are just that – facades – and it’s our true character that matters beyond all else.

Yet, not everyone understands this concept. Surely, there are many superficial people in our culture who dwell on appearance alone – their appearance, everyone else’s appearance – and there’s a personal tragedy to it. Literally, when one dwells on appearance, not only can they never be seemingly good enough – after all, there’s always someone better looking by such shallow standards – but they never see others beyond an exterior facade, resulting in never developing deeply sincere relationships.

An acquaintance told me the story of her being a smoking-hot 26-year-old, living life in the fast lane in a Southern California beach community, where her friends and boyfriends were all from wealthy families. She drove nothing but Mercedes since the age of 16; she went shopping virtually every day to keep up with the latest trends; she had breast augmentation, a nose job, and routine Botox treatments; her girlfriends were the hottest of the hot, and they could cut the line at any club; and, she refused to date a guy who didn’t have a buffed body and a Porsche, no exceptions. And, all was moving along perfectly in her world of self-described perfection – that is, until she reached down to grab a CD off of the floor of her newest Mercedes, crossed the lane on a twisting road, and slammed head-on into a guard rail, the impact leaving her a quadriplegic.

But, the accident and paralysis were just the beginning of what she saw as the biggest tragedy of the time. Upon the accident, friends initially rushed to her bedside, and then slowly they stopped coming or calling. While she was in rehab, her friends hit the clubs as usual, and her buffed boyfriend who she thought was Mr. Right (after all, he had a Porsche!), promptly began sleeping with her soon-former best friend. Indeed, she learned that her relationships were as much a facade as her glued-on fingernails and sprayed-on tan. “When we place so much emphasis on our exteriors that we overlook the importance of who people really are on the inside, we take a huge risk,” she shared with me. “Trust me, when your identity and view of others is simply a house of cards, it crumbles fast.”

Going back to J.R.’s mother, she was absolutely right in the scope of her advice: Disability does allow us to have often times deeper relationships, a sort of interpersonal mechanism that protects us from the shallow people among us. Disability is a sort of barometer that gauges the character of of others, only letting the best of the best get close to us – and that’s a great opportunity.

Yet, like all opportunities, we must welcome others accepting us, as-is. J.R. could have used his unique appearance and initial self-consciousness to hide from the world, a way of judging himself and becoming bitter toward others, a presumed lack of acceptance. But, instead, J.R. chose to see the depths of his own character, not just the scars on his face, and he put himself in the world, trusting that he would witness the best in others, as well. Of course, as we now know, his self-acceptance has created universal acceptance by millions of adoring fans, all based on his demonstrating the depths of his character, not an external facade.

As for me, I strive to dress nice and present myself well, but the reality is, I’m a visibly flawed guy with cerebral palsy when viewed on the surface – and I’m OK with that, as the depth of my character hopefully shines through to some. However, when some don’t have the capacity to see beyond my lack of physical perfection, I’m fine with that, too, where I’m glad not to have those “emotionally blind” people in my life. Call me shallow, but if someone is more concerned about the imperfection of my physical appearance than the quality of my character, I don’t want that person around me – and I’m glad that my disability serves as a smoke screen to keep such people away.

What’s really wonderful, though, is that when we recognize the interpersonal value of being embraced for our true character, not our superficial facades, we instinctively return the gesture, being much more open toward others. And, we end up with an amazing exchange – where we’re both seeing each other on the most genuine levels – and that’s how the sincerest relationships are formed. If I accept you for you, and you accept me for me, now we’re truly connecting – and that’s where we all should be in our interactions with those around us.

Someone recently asked me what true acceptance of others really means? And my answer was coy but fitting: True acceptance is the sincerest gift that we can share with another person.