As one with cerebral palsy, using a wheelchair, I’ve been blessed. For two decades, I’ve built a career in the corporate business world. That career has allowed me to fly on hundreds of trips, from Hawaii to Spain, to many destinations in-between. I, like most business travelers, crisscross the friendly skies from event to event, working to support my wife and two daughters, pursuing the success most of us wish.

However, on March 27, 2017, on American Airlines, I saw a dramatically different side to the world of air travel that I’ve long known.

See, I’d finished five days working a trade show in Southern California, and as I waited to board American Airlines Flight 121, departing at 11:30 am, from Los Angeles to Philadelphia, all was typical. I had my ticket in hand, my wheelchair was tagged for cargo, and I was looking forward to a smooth flight home. Soon, I boarded, as did all of the other passengers, and as we sat buckled in, the Boeing 737 warmed up for departure.

Seated in row 24, my attention was called away from looking out the window, to a large group of American Airlines’ flight attendants, gate agents and ground crew – a sea of varying uniforms and two-way radio chatter – coming up the aisle. Without speaking to me, they asked the two women sitting next to me to move from their seats, explaining that they were removing me from the plane. I was immediately alarmed, not knowing what was going on, and asked what the issue was? Everyone in the American Airlines group paused and the entire plane was voiceless – just the mechanical hum of the 737.

I looked from one person to the next to the next, and all just stared. Finally, a flight attendant exclaimed, “This plane isn’t leaving without him!” and sat beside me. Her sudden burst of emotion confused me even more. I was then told that communication between the captain and ground crew instructed that he wouldn’t accept me and my wheelchair on the flight.

I was dumbfounded. American Airlines personnel were refusing to transport me because I am a person with a disability who uses a wheelchair. This scene was unquestionably a violation of a number of federal laws, and I was stunned that it was happening to me. However, in that moment, I kept all emotions in check, explaining that my wheelchair was, in fact, airline compliant, easily transported with a compacted size of merely 24” wide by 32” high, that it’s always easily loaded, that I often fly for business. The American Airlines group’s response was simply to continue removing me from the plane in a hurried fashion – Captain’s orders. I knew then that there was no reasoning with this dehumanizing situation. Compliance was clearly my only option, as is often the insidious nature of blatant discrimination.

As I scooted across the seats toward the crowd, having to transfer into a dolly-like chair so that they could roll me off of the plane, all of the other passengers watched, silent. Although many clearly heard that I was being removed because American Airlines didn’t want me and my wheelchair on the flight’s manifest, no one questioned why, in 2017, a businessman with a disability was being ejected from a plane? In that moment, I realized the gravity of it all: I was being stripped not just of my civil rights, but of my humanity. For the first time in my life, in the microcosm of that American Airlines Boeing 737, I was discarded as a human being – literally.

Think for a moment how surreal and painful it was for me in that cabin, where one minute I was a businessman traveling home to his wife and children, to the next moment of being displayed to rows of countless passengers as less of a human due to using a wheelchair. Imagine how emotionally breaking that is.

They rolled me down the aisle, off of the plane, and parked me on the gangway, totally immobile, strapped to a dolly chair, as the plane pulled away. I was discarded cargo.

As I sat there truly helpless, unable to move, not knowing how or when I’d get home – or even where my wheelchair was – I realized that I had to make an emotionally life-saving choice. I could allow American Airlines and its personnel to strip me of my dignity and degrade my humanity. Or, I could take control of my true being. Instead of expressing anger, I could maintain grace. Instead of experiencing anxiety, I could evoke strength. And, instead of external tears, I could hint an internal smile. And, with that, there I sat, deep in introspection, hearing the plane fly away, absorbing the fact that I, based on disability, was deemed less than human by American Airlines and its personnel.

As I waited in the unknown, I was comforted by words I heard long ago by Dr. Martin Luther King, Jr.: We must accept finite disappointment, but never lose infinite hope. 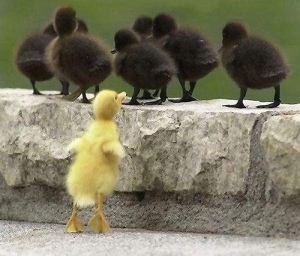 If you live in a northern climate where it snows each winter, have you ever noticed that there’s a segment of the population that is seemingly shocked every time it snows – as if they have amnesia from the last 60 winters they’ve lived through? People actually stockpile bread and milk the day before each forecasted storm, as if this mysterious thing called snow might usher in an apocalypse. I’ve lived in snow country for 10 years, and what I’ve learned is pretty darn elementary: It snows throughout every winter – there’s no surprise or mystery to it. I know what to expect, I’m prepared for it, and I go about my life with rationality when it occurs.

Of course, none of us wish to encounter ignorance or discrimination – it hurts and it disconnects us from our sense of belonging, unjustly questioning the completeness of our humanity – and we simply don’t want to even think of such experiences, as it’s scary and painful. Studies in psychology prove that we are far more subconsciously adept at avoiding pain than toward addressing any other emotion. Therefore, we block the foreseen potential pain of facing ignorance or discrimination from our daily awareness as a sort of self-preservation mechanism. For example, if we thought that everywhere we went was a potential for facing ignorance and discrimination, we might never leave the house. To the contrary, we most often block such realistic potential from our minds – after all, we can encounter ignorance and discrimination in the world around us – and, in a sort of denial, we assume that we’re universally going to be treated with equality and legality. Because of this, when we’re treated with ignorance and discrimination, we’re caught by surprise, most often shocked and horrified – and, worst of all, unprepared to address it.

However, I’ve learned that there’s tremendous merit to living with an awareness that we may be treated with ignorance and discrimination at virtually any time. After all, we know that ignorance and discrimination can and does occur – it’s why we have civil rights legislation, including the ADA – so why not live with a preparedness toward addressing it when encountered?

Indeed, acknowledging the existence of ignorance and discrimination – not denying it! – is a key to solving it. Being shocked by it dramatically reduces our ability to address it, and addressing it is vital, as we don’t want it occurring to the next person. When we’re shocked by ignorance and discrimination, we’re caught off guard, and don’t know how to react. Yet, when we’re prepared for it, we know exactly what to do.

A friend of mine went for a job interview for an inside sales position at a major Internet retailer. He’s a paraplegic, with full use of his upper body, so his disability had absolutely no bearing on his ability to perform the job, which required sitting in a cubical, using a computer and phone. When arriving for the interview, the interviewer took one look at his using a wheelchair and said, “Wow, are you going to be able to get down these halls OK?”

My friend was prepared in life for facing ignorance and discrimination at times, and although he wasn’t looking for trouble, his instincts told him when it was on its way. While others with disabilities may have dismissed the interviewer’s initial comment, not wanting to think that they were about to face ignorance or discrimination, my friend recognized that comment as a sign that the interview might not be performed as fairly as most would hope.

In the interview room, my friend casually pulled out a pen and pad, and took notes, summarizing the interview as it went. Every time the interviewer directly asked about his disability – which is illegal – my friend was especially careful to note the details, right down to the time. Again, my friend wasn’t looking for trouble, but he also wasn’t shocked or in denial of ignorance and discrimination. And, as he encountered it during that interview, he knew exactly what to do: Play it cool, document it, and legally address it later.

As you might presume, my friend didn’t get the job, one that he was qualified for. But, the fact that he documented that around 10 minutes of the 15 minute interview involved the interviewer’s probing questions about my friend’s disability resulted in the interviewer being fired, disability awareness training throughout the company, and a settlement for my friend. No, we don’t know whether the company has totally changed its ways, but my friend’s preparedness toward facing ignorance and discrimination definitely had some positive outcomes.

One fundamental technique that my friend used was not to be shocked by ignorance and discrimination, but to be wise toward it. See, when we’re shocked, we’re either motionless or overreacting, neither of which is the best tact. Being motionless does us no good because we’re not collecting the information needed to later address the issue, and confronting the perpetrator doesn’t work, either, because if the perpetrator had proper judgment to begin with, he or she wouldn’t engage in such behavior. Rather, when prepared for ignorance and discrimination, we instinctively know to take in vital information, minimize emotion, and save seeking resolution for the proper channels.

We want to believe that we live in a just society, one of equality for all. And, based on the laws, we do live in a just society. However, people and companies don’t always follow the laws, they don’t always treat everyone with equality. In this way, we shouldn’t live in fear of facing ignorance and discrimination – or, worse yet, deny its existence – but we should recognize its potential to occur, and be prepared when it does, handling it with a level of composure and dignity that is sure to bring positive results no matter how unjustly we’re treated.