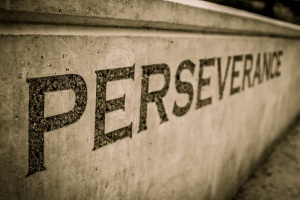 I had always intuitively known of it and practiced it simply based on having my disability. However, it truly didn’t become part of my consciousness, in defined words, until the lesson in class that day.

I enrolled in an upperclassmen “winter course.” Winter courses at my college were a tremendous advantage because during the first three weeks of January – typically winter break – we could take a four-day-per-week class, for five hours per day, and get credit for a semester course. Most enjoyed winter break; but, for those of us who wanted to knock off classes left and right like bowling pins, the winter semester was a goldmine.

That particular winter semester, I took a literature course titled, “The American Renaissance,” covering 19th-century American literature from 1830 till the Civil War. If you know of the Scarlet Letter, The House of Seven Gables, Walden, or Uncle Tom’s Cabin, you know something of the era. Having a concentration in American lit, I wasn’t concerned at all about blowing through more Emily Dickinson or Fredrick Douglass. Three weeks? Game on!

The first day of class, we began with an enrollment of around 20 students. The same number showed up the next day. It was a sharp group, and at the end of the second day’s class, the professor announced our homework assignment for the night: we were to go home and read in entirety Herman Melville’s Moby-Dick, and be prepared to present scholarly analysis at 9:00 a.m. the next morning. The fact that Google didn’t yet exist didn’t help, either – we had to literally read the book and pull out every nuance, overnight.

Depending on the book form, Moby-Dick ranges from 500 to 700 pages. Additionally, the professor made it clear that we would not be discussing the plot, but true scholarly aspects. As we headed out of class, many of my peers noted the impossibility of the task and how unreasonable the professor was. I, though, was only concerned with reading the book. I rolled straight to the bus stop, and opened the book. “The pale Usher—threadbare in coat, heart, body, and brain; I see him now.” Tonight is going to suck!

I spent the bus ride, train ride, then the entire night reading Moby-Dick, and I used every technique I was schooled in to extract the text, from as mundane as the name, “Ishmael,” and its connection to the book of Genesis to Melville’s assimilation of Shakespeare. By the next morning, I had double vision, but I could tell anyone a lot more about Moby-Dick than the tale of ticked-off Ahab who’s chasing down a whale for biting off his leg.

In class that morning, only six of us showed up. We spent the day dissecting Moby-Dick, and by the end of class, we just wanted to go home and go to bed. But, the professor stopped us.

“I have a confession,” he said. “Today wasn’t a test on Moby-Dick. It was a test on you. Life isn’t about education, intelligence, or skill. It’s about who is willing to persevere. The six of you didn’t do the impossible – Moby-Dick can be read overnight. However, you did what 14 others in this class weren’t willing to do: you persevered. That’s all you need to not only get an ‘A’ in this course, but to be unbelievably successful in life…”

That experience, along with my disability experience, change my life forever. What I realized was that hardship makes us want to give up. Perseverance allows us to rise up. If you want to rise, choose perseverance every time.

Author’s Note
One can’t logically read the entirety of Moby-Dick every night for the rest of one’s life. However, not taking the easiest routes in life is invaluable toward our constant growth. For me, at 46, with cerebral palsy, I put everything I have into working out several times per week. You might say it’s my constant reminder of the perseverance we’re all capable of. No, I don’t have the best coordination, strength or balance. But, none of that matters – because I’ve got perseverance on my side.