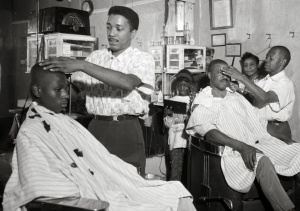 No, I wasn’t surprised, but it hasn’t happened to me in so long. Over my 44 years, I’ve seen so much progress toward social acceptance of all, that I simply don’t encounter such situations often anymore.

However, while society at large has changed – where diversity on all levels continues becoming the norm to the point that even using the word is becoming less relevant – some individuals don’t change. And, where I see this lack of change the most is as a generation gap.

So, when the 70-ish woman at the salon refused to cut my hair this past week due to my wheelchair and cerebral palsy, I wasn’t surprised. After all, she was raised in a time when those with disabilities were “cripples,” African-Americans were “negros,” and being openly gay didn’t exist. Yes, we hope that most evolve with the times, but we also know that limited life experiences can keep us from growing, it can keep prejudices ingrained in us. And, for this woman, I understood that disability – not me as an individual – was too much for her to process. In fact, I felt for her because she was beyond flustered while I was fine with the situation. I just wanted a haircut, not to judge her beliefs.

Of course, the salon manager, Andy, jumped in, cutting my hair – because that’s how we accept each other in society today, open, embracing, with grace and dignity, no matter who you are.

I left the salon with a haircut and a reminder that the beauty of practicing acceptance sometimes means likewise embracing those who don’t accept us at all.

One thought on “Barbershop”