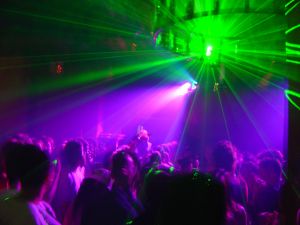 What a man can be, he must be. That’s the basis of Abraham Maslow’s theory of “self-actualization” – that is, an individual’s desire and potential to be more than what one already is. See, Maslow, an early 20th-century psychologist, studied people of great accomplishments, from Frederick Douglas to Albert Einstein, and defined the common traits that allowed them to propel themselves beyond the ordinary, into the extraordinary, and one of the key components that Maslow defined was self-actualization – or, the self-awareness to push oneself further and further, especially during circumstances that others might avoid.

Interestingly, in my college psychology and philosophy classes, I, too, studied many great thinkers, from the Greek philosophers to existentialists. However, the one that truly made me sit up in class was, in fact, Maslow – namely because he defined what I practiced in my life every day. Even as a child, I was totally aware of what made me feel intimidated or insecure or vulnerable, and rather than avoiding or denying emotionally disconcerting situations, I moved toward them, much like Maslow defined through self-actualization. I remember being terrified to read aloud in class when I was first mainstreamed into public school; yet, whenever the teacher asked for volunteers to read, I raised my hand and read aloud. Somehow I recognized my vulnerability and fear, and rather than denying my emotions, I had the innate self-awareness to know that I had to push myself beyond them in order to reach new potentials.

As an adult, my once childhood instinct to acknowledge my trepidations and challenge them – not avoid them – has become truly conscious. If I’m intimidated by a situation, I refuse to deny or avoid it; rather, I throw myself fully into it, knowing that I will grow in the process, that I can overcome any unsettling emotions and circumstances that I face.

A recent experience at among Los Angeles’ hottest night clubs was no different for me, where Maslow was on my side – my “wing man” of sorts – guiding me past my insecurities, onward toward my potentials. The scene was a rarity for me as a guy who’s more akin to working late into the night, instead of partying late into the night. Nevertheless, there I was at among the hippest of night club scenes: A table in the VIP section, with our own security guard, a dedicated hostess, and among my closest friends. And, all I wanted to do was to go onto the dance floor and dance – ideally with one of the ladies in our group. Yet, no one else in our group wanted to dance. I charmed, nagged, and eventually begged, but no one wanted to dance – nothing personal, they all just wanted to kick it VIP, as the hip kids say. But, for me, wanting to dance, while surrounded by my happy-to-just-relax friends who didn’t feel like dancing… well… that was like taking a kid to a playground and making him just sit and watch.

I soon realized that if I was going to go out on the dance floor and dance, I was on my own. Think for a moment of that proposition, and how intimidating it was: Theoretically, I had to roll out onto the dance floor, amongst the hippest of the hip in L.A., and just start dancing by myself, a guy in a power wheelchair – and somehow pull it off without looking ridiculous at best, creepy at worst. Now, maybe you have bigger apples in your basket than I do, but that’s an overall intimidating proposition, where most – namely, me – would feel vulnerable going to dance alone among the crowd.

Yet, I had Maslow as my wing man, where the voice in my head said, “Your insecurities and vulnerabilities now require you to just get out there and dance!”

I slipped out of our VIP section, and went and sat across the club for a bit by myself to muster my courage – then I just rolled myself out, into the middle of the dance floor, bopping to the music. I danced a few songs by myself, and then, as Maslow’s theory proves, a small group of women worked their way toward me, and one young lady, in particular, started dancing with me – a little eye contact going on – and I was high-fiving Maslow for once again getting me beyond my insecurities and into the chicks!

Within no time, members of my group were out dancing with me, random hotties (and not-so-hotties), were grinding on me, and I never left the dance floor, where everyone was getting down with the “fully self-actualized” me, being the best I could be, not avoiding an intimidating circumstance, but tackling it head-on – to a club beat, no less.

What I’ve learned is that the hardest aspects of life aren’t literally doing what we’re capable of doing, but convincing ourselves that we’re capable of doing them. When we think about propositions like speaking in front of a group, going on a job interview, asking someone on a date, or chasing any wild dream where our insecurities and vulnerabilities arise at the mere thought of taking such a “risk,” there’s always that overprotective voice that tries to steer us away from any pursuits that may create disconcerting feelings. And, most people use those intimidating thoughts and vulnerable emotions to avoid ever pushing their lives to the fullest. However, the moment that we turn the table on our insecurities and vulnerabilities, where we refuse to use that negative voice as a justification to avoid intimidating situations, but to instead use it as a catalyst to move us to pursue intimidating circumstances with all of our might, we grow exponentially and our lives dramatically improve. Our job, then, isn’t to avoid intimidating and vulnerable circumstances, but to actively pursue them, where our vulnerabilities aren’t weaknesses but strengths, where we are willing to risk feeling scared or embarrassed in the noble attempt to better ourselves. And, what’s amazing is that this self-actualized process always works. No, we may not get the job, win over the date, or immediately find success at the pursuit; however, by working through our intimidation and vulnerabilities at any given moment, we’re empowered to tackle more and more in life, where we eventually find amazing levels of personal growth, reward, and success.

Alas, Maslow’s theory of self-actualization never lets us down – not in life or L.A. night clubs! – where when we acknowledge our insecurities and vulnerabilities, and then consciously push ourselves beyond them, we don’t merely live as who we are, but we move closer to who we must be.

3 thoughts on “Night Clubbing with Maslow”